UNETHICAL LEADERSHIP AS THE SOURCE OF LOAD SHEDDING

South Africa has been experiencing load shedding in the previous weeks and the recent rains have been blamed for this national blackout; however, it is a myth that the state-owned power utility – Eskom’s stage 6 load shedding was caused by the rainy weather conditions. If one remembers correctly it was on the 25th January 2008 where the country experienced what was to become the reality of what we now know as load shedding. “Black Friday” was a name given by the mining industry – where all of production (in the gold and platinum mines) came to a standstill for five days. Business together with households had to find alternative power so that they are able operate, and the result of this amounted a loss of billions of Rands, with the food industry losing stock and one life claimed during a theatre operation[1]. 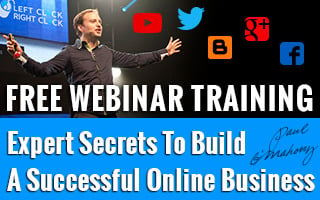 The ‘White Paper on the Energy Policy of the Republic of South Africa’ published in December of 1998 was written with the sole purpose of reporting the government’s policy on the supply and demand phenomenon of energy in the years to come[3]. Thus, the analysis of the report recommended that Eskom needed to open up to the private sector, for competitive purposes and pricing, BEE investments and growing its capacity to try meet demand. The white paper envisaged that by 2007 all of Eskom’s surplus capacity of supplying the country with electricity would be used up, hence the need then (1998 going forward) was for Eskom to ensure that this would not be a reality.

2001 saw Eskom converted into a public company owned by the state[4]. With this came an increase of political interest in the board and executive positions and appointments where poor leadership was a hinderance to properly govern the power utility. It is reported by Professor Anton Eberhard and Catrina Godinho of the University of Cape Town’s Graduate School of Business that “R3 billion in irregular expenditure, revealed the devastating impact that weak and arguably corrupt governance has had on the institutional integrity and financial sustainability of South Africa’s most critical SOE (State Owned Enterprise)”[5]. It is evident that poor leadership and high political interest in the power utility has contributed to what we see and experience now as a load shedding.

Dr Maduna who served in the Minerals and Energy ministry when the White Paper on the Energy Policy of the Republic of South Africa was published in 1998 summarised how electricity affects the GDP of South Africa. With the manufacturing sector accounting 25% of the GDP and the mining industry 10% which both heavily rely on electricity to produce. Moreover, Maduna added that about 40% of electricity is consumed by industry[6]. It is without doubt that electricity serves as an important contributor to the growth of an economy.

At this stage with the appointment of the new Eskom CEO – André de Ruyter[7] it is the hope of every South African to see positive transformations in the governance of the power utility. What Eskom as needs, as  Matshela Koko[8] remarked, is “experienced leaders”[9].

[1] See: ‘Why the Lights Went Out: Reform in the South African Energy Sector’ http://www.mandelaschool.uct.ac.za/sites/default/files/image_tool/images/78/10%2Bcasestudy_eskom_final_july.pdf.

[3] See: ‘White Paper on the Energy Policy of the Republic of South Africa’, 1998, in Department of Minerals and Energy.

[6] See: White Paper on the Energy Policy of the Republic of South Africa  http://www.energy.gov.za/files/policies/whitepaper_energypolicy_1998.pdf

[8] A long serving member and engineer of Eskom, who started his career fresh from varsity in the power utility and probably understands it better than anyone.

IS TRADITIONAL MENTORSHIP REALLY NECESSARY FOR AN ENTREPRENEUR?

South Africa’s economic climate is at its worst now than it has been in years. With looming credit rating agency downgrades and high levels of unemployment, the future looks bleak for the ever resilient middle class.

LEFT BEHIND: THE WOMEN IN OUR ECONOMY​

The importance of a female figure has always been vital in a large number of families. This is a role that if absent is felt tremendously by the children and those that need specific care and nurture in the family.

CAN EMERGING CRYPTOCURRENCIES BOOST THE ECONOMY OF SA?​

LAND REFORM CAN BE A SUCCESS IN SOUTH AFRICA

Land has been expropriated before in South Africa, the 1913 Land Act was a channel of expropriation, it stated that people...

DO YOU WANT TO GET YOUR HANDS DIRTY IN AGRICULTURE?

This sector is all about getting your hands dirty, staying focused and being patient enough to observe the fruits of your labour.

Arbitrage: This is a French term I came across in my second-year macroeconomics class. Initially the term intimidated me, but the moment I finally understood what...

CROWDFUNDING AS AN ALTERNATIVE WAY TO SOURCE FUNDING FOR ENTREPRENEURS

MARIJUANA: THE MESSIAH OF JOB CREATION

On Tuesday 4th June 2019, Statistics South Africa released an update on the performance of the country’s GDP in the first three months (quarter) of this year.

THE RISE OF DIGITIZATION IN SOUTH AFRICA

It is only the end of May, but South Africa may have had one of the most eventful semesters in history.

ARE TRADITIONAL UNIVERSITIES A THING OF THE PAST?

Traditional universities have been the backbone of higher education for the longest time all over the world.

Entrepreneurship is probably one the things that have become glamorous these days, how could it not be.

CORPORATE TAX CUTS AND ITS EFFECT ON INCOME INEQUALITY

The idea behind corporate tax cuts and its effect on income inequality has been a matter on contention for many decades.

When the Cultural, Religious and Linguistic Communities (CRL) launched an investigation on the commercialisation

According to a Times live article published on the 7th of February titled “Total makes significant oil discovery at SA’s Outeniqua Basin”...

We all know about the dirty C-word that’s being thrown around in media of late, CORRUPTION. From the Zondo Commission to...

Foreign Direct Investment (FDI) is a vital component in the pursuit of economic growth. It allows for foreign capital to erect firms in the...

Are You A Writer?

If you’re a writer and would like to contribute to this section of my blog, please leave me a message on the contact me page or click on the button below.

I believe in changing mindsets as a way of liberating our nations, therefore here’s a platform that allows you to voice your AWAITED OPINION!